Carnival is in full swing, fuller, I guess starting this upcoming weekend. My opening night of Carnivale, I went to a bar with a friend (PB) and the place was jammed full of British students all in costume. There is a life to the streets which is magnetic, and a latent sexuality in every gesture and glance, as well as a playfulness and new liberty to laugh with and at people who pass by “in maschere.” Yesterday I smiled at a woman who was walking by Anna’s school when I was there picking her up, and when we emerged 5 minutes later, she asked me if she could take my picture, and did so several times – she liked my colors, she said – she was from Norway. My face was painted in Mondrian-like swaths of white and red and yellow, with strong vertical and horizontal bars of black. The fact that she wanted to take my photo was  flattering. Went to Bob Morgan’s for dinner last night. You know what I really miss here – are friends who listen, share conversations, ideas themselves. I have met an extraordinary group of talkers. And I’m learning what is interesting to listen to, an invaluable lesson in learning how to talk with people.

Jane R. dropped a bit of a bombshell on me the other day and asked if I would want Connie R’s job as head of the Venice Committee because she is thinking of retiring. It’s a big question – staying would be interesting, especially if MWM were here, but it would do zero for my career and less, I think for my self-image. If I could get a job interning at the Guggenheim, that would be inducement as well…Keep turning it over in my mind…

On Brendon Gill (from letter Feb. 9)

He was trying to draw parallels between New York and Venice, both maritime cities, New York, as of late reclaiming old buildings from decomposure and in the future (predicted Gill in his charmingly blindly optimistic way of glossing over the social evils of NYC for its architectural details of beauty) reclaiming its waterways to return New York to its marine serenity…But as with hearing someone like Buckley or Robert Pincus Whitten, you came away feeling so flattered by Gill’s chumminess and with a sense of being one of the sapient insiders that it took several hours for the sick ‘hangover’ feeling of knowing wherein are born such skills of inclusion and by inevitable contrast exclusion to set in.

Today, Anna, Louisa and I went to Burano to see the colorful houses. I have and an invaluable lesson this week both in child care and in working techniques. I know now what it is like to be employed and to have a child at the same time and to have to take responsibility for both without complaining either to your employer or to take it out on your child. Sheila Hale left, though, satisfied with my work, and Anna and I integrated my work into our days via a series of controversies and compromises that I think, left both unscarred.

Burano was beautiful, a tiny-scaled city with houses of a myriad of hues, and  a lace school wherein was displayed the most impressive collection of lace pieces I’ve ever seen. 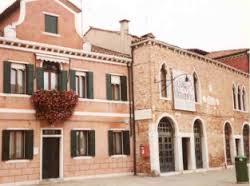 I had a rush today of “I can’t believe I live in Italy’ which has been a long time in coming. Friday night I handed all over to Sheila and then went to pick up PB, my one 25 year-old friend (all the others being a lot older) to go out for a drink and met two other women, one Ruth, from Vienna, the other, Michella, from Venice. Speaking in Italian to people my own age is so much easier and more satisfying. I think I might get Michela’s phone number and invite them over to dinner when Louisa goes to Florence, or some night after she comes back.

Venice Committee tomorrow morning. Connie Rusconi must think I’m truly a flake – last Monday, hysterically, I called to say I wouldn’t come in. Sheila had given me a fit and quite a bawling out that day. I’m learning, living, loving, and lasting! God, I’d love to talk to MWM tonight.

Fascinating evening with Sylvano discussing opportunities in theatre here and making things happen – he is really very encouraging, even inspiring, but his comments hit home, too. He spoke of forming a theatre company, but I am so shy of not knowing the arena into which I would be thrusting perhaps an entirely unacceptable organism. One thing I’ve always felt not sure enough is the depth of my theatrical vision. What is my vision beyond providing a secure safe place for directors and actors to perform in- am I no more than a good rallier? Am I willing to know Italian well enough so that no longer is a barrier to my participating fully integrally in the Northern Italian (North American?) Theatre world?

While I am in agreement with Peter Brook that a living theatre is vital (no pun intended) how do we create that living theatre – was anything that I’ve done or seen living? In a sense that profoundly lifted its performers or its audience? Maybe “Patience” but intellectual froth.