Week two of rehearsals for The Gospel at Colonus has hastened the alchemy of character and scene work, familiarity with the music and blocking into a cohesive and, at the risk of jinxing it, potentially thrilling production. We are now working through the play each day, making discoveries and strengthening the telling of the Oedipus at Colonus story. Director Andi Chapman is skilled at opening doors by asking her actors the right question at the right moment in their process, and allowing their answer to be “I don’t know yet.”  I have watched a half-dozen times as the actors have listened to the question, and then thought a minute, their eyes widening in recognition. Watching Andi and the actors dissect the literal and metaphoric meanings of the script’s text has reawakened my creative intellect, reminded me again why I love being in rehearsals. The rehearsal room is (in the best circumstances) a crucible of exploration; time is taken for the important work of being and representing humans in all their heightened emotional phases – love, grief, remorse, pride, redemption. The two actors playing Oedipus, Roger Robinson, and Ellis Hall continue to raise the bar for each other – the musical text fortifying the spoken text in a powerful way. The depth of the work in the rehearsals has inspired me as well as all the others in the room, which bodes extremely well for the audience’s comprehension of the story.

Our numbers have grown, with several more talented singers joining us. Abdul Hamid Royal, our puckish and ironic Musical Director, has met and rehearsed once with the choir with another rehearsal planned this weekend. He has worked with the Choragos Quintet separately from the main rehearsals. The men in that Quintet (LaVan Davis, Otis Easter, Milton Ellis, Johnny Gilmore, and Gerald J. Mitchell) each have amazing vocal instruments and under Abdul Hamid’s direction, have blended strongly as a group.  Tomorrow we will assemble wholly for the first time, the four members of the Ismene Quartet (Jackie Gouché, Dorian Holley, Ricky Nelson and Sharletta Morgan-Harmony). If Jackie and Dorian are any indication of the level of talent of the other two, we (and you) are in for a treat.

That’s what I mean. Every day on this project has been like Christmas, or a birthday – the moments musically and dramatically unwrapping in front of our eyes.

Tuesday, the pieces of Ed Haynes’ set arrived in the back of a huge stake bed truck. Built by Sets-To-Go owners Mark Henderson and Tim Farmer, the set is not for the faint of heart. For the past three days, at every break and before I leave at night, I have hurried back to see the progress they have made in the load in. When I left rehearsal the first night, Andi sat next to Ed on one of the top choral platforms, overlooking the laying of the carpet on the lower stairs.

(I’ve already shown you too much. You will have to wait to see everything assembled when you come to see the show.)

Speaking of giving it away, this is a generous group. Each day, we have had several contributions of food from cast members, which makes the rehearsal room almost completely self-sustaining. We almost wouldn’t need to go out to eat, except this group likes each other and likes to eat. A combination which makes our lunch breaks very enjoyable.

Tomorrow we get on stage for the first time, and will do spacing and realize in three dimensions the work we have done in the rehearsal space.  We will roll the freshly tuned piano into the theatre to support the work. Four of our five designers, Ed Haynes, Phil Allen, Naila Sanders and Karyn D.Lawrence will join us to see a stumble-through. Tom Ontiveros will join us later in the process. There is plenty left to do and plenty of time to do it before we begin tech rehearsals on June 9th.

Jessica, my PA, shared her snapchat photo with me yesterday. 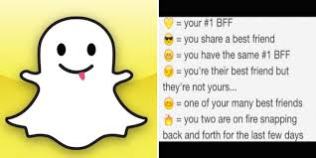 While snapchat is a younger person’s game, I am nevertheless learning how to more effectively use technology as a tool in stage management. When new actors join the company, I still will call them to touch base and make sure they have their call, but now I also  text them my contact info so that they can ingest it into their smart phones. That way they know whose call they aren’t answering…Just kidding – they are very responsible and acknowledge their calls. Though a busier group of actors I have not seen in a long time.

Now’s the time for you to book your tickets. Group sales are taking off – You can buy your Tickets to The Gospel At Colonus here. Hear’s to seeing you in the Holden for Ebony Repertory Theatre’s upcoming production.