Star Wars fans all over the US are reveling in today’s opening of the latest Star Wars feature, Star Wars: Episode VII, The Force Awakens. This week’s news in Los Angeles, in addition to an unprecedented closure of LAUSD schools, featured a block long tent in front of Mann’s Chinese Theatre where A-Listers partied after the premiere.

You know what? I could care less.

I’ve got much bigger things on my mind this week. Matters of life and death. Our granddaughter is coming along this week; she will be here momentarily. Boba Fett, The Bounty Hunter, or more accurately, the voice of Boba Fett in The Empire Strikes Back, actor Jason Wingreen, now 95, discharged from the hospital this week, has returned home to live the remainder of his days. Life and Death. As one precious life begins, another nears its close. 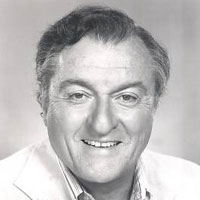 My husband has known Jason since the 1950s, back in New York, when they were neighbors in their Cornelia Street apartment building, just across the street from Caffe Cino, a coffee house/gathering place for the burgeoning off-off Broadway scene. In addition to a mutual interest in theatre (Jason was a founding producer for Circle In the Square, where he and Jimmie also acted in many productions), they shared a wife. Well, more accurately, Scotty, married to Jimmie for three years, until their marriage was annulled, later married Jason. Jason and Scotty lived below Jimmie and his second wife, actress Betty Miller in the Cornelia Street apartment, in an arrangement evocative of a Preston Sturges film.

When Jason and Scotty moved out to Los Angeles, late in the 50s, Jimmie and Betty remained in touch. After Jimmie and Betty divorced and I came along as wife #3, I remember meeting Jason and Scotty for the first time after one of Jimmie’s performances. The Wingreens lived in California then, Jason working on “Archie’s Place.”  I was so nervous, but shouldn’t have been, because Jason was a warmly welcoming raconteur and Scotty was always sensible with a wry wit and direct candor. I took to them both immediately, and felt at ease.

Cut to the mid 1980s, when we moved to LA, and began to see Jason and Scotty socially. Scotty was a wonderful cook, and we had frequent dinners in their beautiful home. An example of Scotty’s wit was after I had learned how to make crème brûlée, and had made it two times in one week, she said,

Els, are you trying to kill him?

Jimmie and Jason shared a passion for the Boston Red Sox, and together, we surfed the cycle of suffering as the team routinely failed to break the curse of the Bambino. In 2004, when the Red Sox came back from a 3-0 game loss to the New York Yankees to win the 2004 ALCS and go on to play in the World Series for the first time since 1986, both Jimmie and Jason were like kids on Christmas morning. We all gathered to watch the games in the our family room. Both Jason and Jimmie have sons, which they worked to indoctrinate as Red Sox fans, Jimmie perhaps more successfully than Jason.

Jason has always been a generous man. After Scotty passed away, he frequently invited friends to dine at the Atheneum, the Cal Tech Faculty club,  an alumnus perk of their son, Ned’s four years as a Physics student.

Last week, we had a call from Jim, Jason’s business manager. He told me that Jason wanted to get a card to our son Chris. We worked out how I would pick up the card. Then Jason ended up in the hospital;

however, he kept insistently prodding Jim about  the card. At a moment when most people would have ceased to worry about others in light of their own health issues, Jason was dogged about Chris getting this card.

Last Saturday, I drove to Jason’s house and picked up the card. Today, when I spoke with Chris, I opened it and snapped some pictures of the card texting them so that he could see the card before our trip this weekend.

We talked about how special and yet typical it was of Jason to remember Chris.  Chris laughed about all the Red Sox games that he had watched with Jason and Jimmie in straight backed cane chairs, facing Jason’s tiny television.

About ten years ago, one of Jason’s great nephews outed him as being the voice of Boba Fett, the Bounty Hunter. Since then, he has received thousands of letters from adoring fans from all over the world, and requests to autograph photos. Jason has been far more accommodating of these intrusions than many actors might be, but he has also taken a lot of pleasure from the personal letters, reading us his favorites when we saw him. And when each of  us had a birthday, Jason would sing “Happy Birthday” on the phone machine, as Boba Fett, ending his messages with a somber, grumbling voice:

This is Boba Fett calling to wish you a happy birthday!

So now, as we await the imminent birth of our grand baby, her mama and papa-to-be counting the hours, and as Jimmie and Chris and I think fondly of Jason’s healthier days, suddenly the Star Wars movie seems more pertinent. To both the inevitable coming of life and coming of death, I entreat:

May the force be with you.