I received a call from a dear old friend this week, Producer, Actor and general-all-round theatrical wunderkind, Wren Brown. In the vein of my favorite maxim: “there are only 100 people in the theatre,” Wren was actually among the first 100 I met in the theatre, when I was stage managing at the Pasadena Playhouse in the early 1990s.

We did a play called “On Borrowed Time,” by Paul Osborn, adapted from a novel by Lawrence Edward Watkin and directed by Sheldon Epps, before his tenure as the Artistic Director. Wren played Mr. Brink, A.K.A. Death, stalking Gramps (Conrad Bain) to tell him his time was up. Crafty Gramps performed a good deed, then tricked Mr. Brink to climb a tree where he became trapped, unable to make good on his goal of recalling Gramps. As Don Shirley noted in his LA Times March 24th review quoted below, Wren was hardly scary as death in the play. I concurred, Wren being one of my favorite actors to work with ever.

“In Sheldon Epps’ staging, Brown’s Mr. Brink is dressed in a creamy white suit and speaks in calm, firm, perfectly articulated phrases. Occasionally he cracks a smile. For those of us who can see him (some characters can’t), this Mr. Brink isn’t scary for a second.

Our fear of death is brushed aside. But then playwright Paul Osborn, adapting a novel by Lawrence Edward Watkin (who goes unacknowledged in the Pasadena program), didn’t want to frighten. He was making the very sensible point that death is a part of the life cycle, that the power to ward it off could create major problems.”

Several noteworthy events happened during the play’s performances. On opening night, a rainy late March night in 1992, we were on our way home from the opening night party in two separate cars: my husband with our little red Molly Dogg, who appeared in the play as herself in one car, and me in the second. 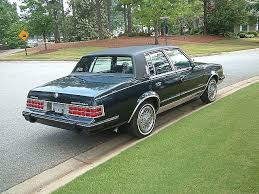 I was driving the great big blue Bonneville I had inherited from my grandmother, and Jimmie was in our Volkswagen Jetta, close by me. The rain was fierce, one of those significant downpours that we used to have with such regularity in the early 90s, where the precious water came down in relentless sheets, working the wiper blades to their last shred of rubber –  inevitable in a clime where the sun baked them onto the windshields and disuse weakened them further. My hands clutched the wheel of the car. I was, in spite of having come from the opening night party, sober as a judge, almost seven years sober at that point.

I was driving west on the 134 Freeway, just reaching Glendale, when a car about 100 yards in front of me hit a big puddle and spun out. It corrected itself and I noted by peering into the rear view mirror that had it not corrected, there was a large gap between me and the cars coming behind me. Just as I finished that thought, I hit the same puddle and did a complete and heart-stopping 360 degree spin out,  halting for just a moment before resuming my forward momentum; I then pulled off to the side of the road, where I began to cry. Through the rain ahead of me, I could see Jimmie pulling the Jetta off to the side of the road. I pulled onto the road, still rather hysterical, and slowly followed Jimmie home, to the driveway where  he helped me out of the car and into the house. The play’s message came to me with full force, especially the next night, when Dan, my ASM, told about how he’d been on his way home and had almost been hit by some crazy woman whose car was spinning completely around. I could have taken out the entire stage management team on that night, but as I said, we were on “On Borrowed Time.”

The other event was the Joshua Tree Earthquake, which happened during a performance on April 23, 1992 at 9:50PM, just minutes before the end of the play. A 6.1 earthquake, it struck after Mr. Brink (Wren) had climbed up into his platform within the tree, and in the last 15 minutes of the play. I was calling the play from the downstage right SM podium adorned with its little sticker “Tired of working in the dark?” As was protocol then, after the shaking started, I got on the God mic and in the shakiest voice ever heard, announced to the audience that they should follow the ushers outside in an orderly manner. I gathered the actors and crew in the back alley outside the theatre (a horribly unsafe place where falling debris might have hit us) and we plucky theatre folks determined that we would finish the play if the audience wanted to stay. A survey by the front of house staff determined that the audience did want to stay, so we finished the performance, Wren climbing gamely back up into the tree in his off white suit, my hero for his willingness to finish the show in spite of the natural events around us. Because after all, we were all “On Borrowed Time.”

There were other events of the show that caused the cast to bond; I remember one night during notes in the green room with Sheldon, one of the pictures  jumped off the wall – came straight out and down. We were sure that Playhouse founder Gilmore Brown was making a comment. Overall, it was a distinct honor to work with the cast and I’ve been a huge fan of Wren’s ever since.  After that, he worked with my husband on a play called “Burning Hope” down at The Old Globe Theatre in San Diego, and we have cherished each opportunity to see him and his beautiful family.

So when Wren called me the other day, it was to ask if I would like to work with him again, to stage manage a very exciting project, the 30th Anniversary revival of “The Gospel At Colonus,” to be performed at The Ebony Repertory Theatre. Normally, I wouldn’t be able to consider taking on a stage managing job with my current job at USC, but the dates sandwiched perfectly into my life, and I am really excited about taking on this project for him. If anyone appreciates the fragility of life and the precious life-force in the work we do in the theatre, it’s Mr. Brink. Thanks, Wren, for your confidence in me and your steady and unwavering friendship!