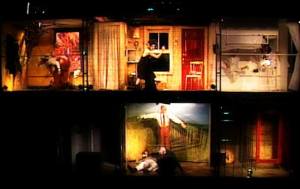 We’re recruiting at the School of Dramatic Arts. The BFA Audition Tour.

For the past two weekends, we’ve met with aspiring applicants to the School of Dramatic Arts BFA programs in acting, stage management, technical direction, design and sound design.

We’re led by our fearless leader, the indomitable Lori Ray Fisher, our Asst. Dean of Academic Affairs, and her intrepid “touring company” staff, Meghan Laughlin and Ramón Valdez. Over the past two weekends, in classrooms all over the McClintock Theatre building, aspiring applicants to the School of Dramatic Arts arrived with their best materials and selves to show the acting and production faculty. Lori, Meghan and Ramón met with every one of them, briefing them on curricular and logistical details of becoming a USC student while the faculty put them through their paces in auditions and portfolio reviews.

The tour dates fell earlier in this year’s calendar, landing with a thud just after the school’s own casting audition cycle ended. In the first week of classes, in rehearsal halls across the campus, we cast nine shows.

Lacking a stage manager for one of the shows, I stepped in to administer the auditions for one of the New Works plays, and sat in the hallway of PED watching the actors pace hither and yon in anticipation of their auditions, the gracious and welcoming stage managers at their tidy tables outside those audition rooms.

I listened intently to the sweet sounds of musical auditions seeping through the walls of PED 207 from Evita. I listened to stage managers shushing over-excited actors who shared their audition battle stories with their friends sometimes a little too enthusiastically.

I peered into PED 208, where forty-plus young men and women, eyes fixed eagerly, desperately as they replicated the choreographer’s dance sequences. Some of them floundered  with the novelty of the moves, working the sequences over and over until their brows were shiny and their arms graceful, their smiles confident. You have to love casting week.

Usually a stranger to these hallways, I saw many of my THTR 130 students, most of whom are out of their element 8:00AM on Tuesday mornings in a technical theatre class. Now, I was there, in their zone, and they relished the chance to show me their true actor colors.

These are the stakes for the aspiring applicants we met last week in the auditions for the freshman class. The chance to participate in casting week, to land a part in the spring musical, or in a brand new play by a graduate student in the Dramatic Writing program. Or a design position on a future spring musical. Or the chance to sit in the hall outside the audition room to support the casting process. The stakes are high.

The school is also in the process of searching to hire a newly named Chair of the Stage Management Program, the first named chair in stage management in the country, due to a generous gift. I serve on the search committee, and can’t divulge anything about the process or the people who have applied. But this weekend, after considering who might become the Director of the program, followed by a weekend of meeting the students some of whom will join the program next fall, I’ve thought a lot about stage management skills and training.

What makes a good stage manager? There are dozens if not hundreds of books about the practice of stage management. They detail the importance of clear and detailed paperwork, good communication skills, an organized approach to the chronology of a play’s rehearsals, technical rehearsals and performances. Other qualities include the support of the director’s vision, good time management skills, a good sense of humor, etc. But I think the most important aspect of excellence in stage management is less measurable, certainly less systematic. It parallels the qualities and skills that make an actor or designer or technician good:

A good actor listens and responds truthfully and with the appropriate emotions and lines as rehearsed.

A good actor remains in the moment, responding with truth to what he or she receives from the other actor.

A good stage manager similarly responds to information, not being thrown by unexpected events on stage or off.

I remember back in 1992 when we were in tech at the Los Angeles Theatre Center with Boogeyman, 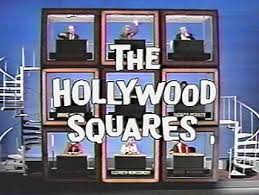 Reza Abdoh’s wildly exuberant rant against corporate America’s response (or lack thereof) to the Aids epidemic. Timion Alsacker’s set was a nightmarish iteration of the Hollywood Squares set. Paul Lynde’s uppermost left square instead sported a tank of water over which a winch suspended an actor upside down and submerged him head first into the water. Another square had a shower, another an upside down hospital bed where an actor was strapped in for a scene. Another was a submarine room. All of these rooms were joined by a series of steps leading to doors. Reza’s pace was inhumanly demanding, and the actors were sprinting up and down the stairs, in and out of the rooms; at a certain point in the tech rehearsals, Tom Fitzpatrick, the Equity Deputy, came to me to say that the cast was refusing to go on until certain things were fixed related to the set and safety. And so, I took the list and went to visit David Mac in the production office, and he quickly resolved the issues so that we could proceed with the tech process.

I once had a very esteemed actor stand in his dressing room and tell me that I sided with the management too often – didn’t side with the actors enough. Sometimes as stage managers, we have to hear things we don’t want to hear or don’t know how to solve, but we have to listen and proceed with our next steps as best we can.

Our interviews with prospective stage management students go like this; first we ask them what they like about stage management/design/technical direction. We ask them to show us what they’ve brought, and then we share with them the curriculum, emphasizing features of the program like “20 shows, no waiting.” “Professional directors to work with.” They bring a range of experiences into the interview – some of them have just stumbled on stage management as the tonic to rectify what is difficult for them in their personal lives. Some admit proudly that they like to be “in control.”  Others describe their roles as stage managers as supporting the production. Their essays are vulnerable and heartfelt. So many of them have such outstanding grades now that it’s hard to judge them on their academics. More relevant is their passion for the theatre, or eagerness to learn. How well do they listen? What questions do they ask to understand? Tidy contact sheets or blocking notation are swell, but why are they in this room looking at this program in the first place?

I don’t know that the soft skills of stage management are even teachable. But I sure enjoy giving it a try.

3 Replies to “Stage Managers in the Starting Blocks”

In answer to your question, no the lady clown didn’t come along. Though her hiking boots were extraordinary. :)