The tragedy of the massacre at the Pulse Night Club in Orlando had unfolded before I awoke on Sunday. My CNN app had already scrolled three or four unfathomable messages across my phone when I picked it up at 7:00AM. The fact that there is so much hatred in the world is hard to reconcile with the quality of my family’s life. After sweating out some anxiety at the gym, and doing some work on the couch with the TV muted, I became aware of Jimmie’s activity at the dining room table. He sat, poring over the manuscript and making notes for the writing he will do.

One of the things I have always admired about Jimmie is that he has kept a diary for years. It’s a simple system, a green metallic file card box with 3″ x 5″ index cards. Every day, or every few days, he would pull out the box, and write a sentence or two about his appointments, who he talked with on the phone, for business and personal life. Over the past few days, we discussed what seemed to be a five year gap between the National tour playing Juror #8 in Twelve Angry Men, and his work as Councilman Milton on Parks and Recreation. Tonight at dinner, Jimmie bemoaned the fact that he had given up his diary several years back, and so had no resource to go to. Fortunately, I went looking for the last years of the diary and found 2006, 2009 and 2010 in a drawer. This was about 15″ of cards. Several years ago when we downsized to our current apartment, I made him slough off about 20 years of the cards. Now I feel horrible about that. I think at the time we agreed that he would get rid of those cards up through the end of his memoir. Good compromise.

I can’t stress enough how important it is to keep some sort of record of what you are doing in your life. A would-be writer needs to find a consistent means of documenting the stuff that happens on a day to day basis. Blogging is great, but you need to get down what you are thinking about things, and specifics surrounding the important events in your life. You need to be able to capture those quirky associations that you make that may be a kernel for a paragraph or two. Reading through a “year in the life” to Jimmie tonight was fun. I’ll spare you most of the details. But the impressive thing is that he recorded every movie, play, dinner out, visitor, dinner in, hockey game (including scores; 2006 was not a good year for the Wolves….) He spent his second summer in a row in Whitefish, Montana, with our friends Betsi and Luke, performing in Picasso at the Lapin Agile at the Alpine Theatre Project. He had about an audition a month and booked a couple of TV gigs that year. He broke his wrist – the writing for the beginning of the year was completely illegible, with every other day populated by “Physical Therapy” until you could see his handwriting return to normalcy. He and our seventeen-year-old son had a nightmarish trip to Aston, PA for a hockey tournament, where planes were missed, additional hotel nights were needed. I had gone to Yosemite at the same time for a family reunion, and then joined them in Pennsylvania. I didn’t remember that I had joined them there. We might not have remembered that without the magic green box.

We have so many important and pivotal events in our lives, and days roll by with such speed and flurry that we neglect to record them; happy are those who do, and can reconstitute the parched memories with a few specific words.

Brother Jack arrives for four days. Had dinner with Els and Chris and Jack at Le Petit Bistro.

Our visit with Jack is instantly evoked. Our trip to the Huntington Library, and watching him take in the Japanese garden as he sketched from a bench. 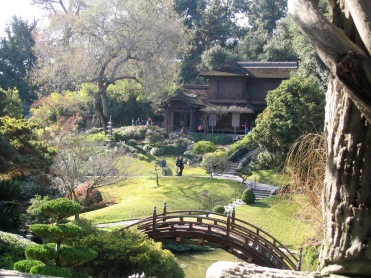 Even though Jimmie and Jason were friends for over 60 years, every time he wrote an entry, he wrote Jason’s full name out. During the baseball season, they spent 2-3 days a week watching the games together, or having lunch. We might not have remembered the frequency of their friendship.

So now I’m looking for my own “green-metal-file-box-equivalent.” I’d love to hear from other writers about how you record your ideas and inspirations!